How Much Time Will An Uncontested Divorce Take in Mississauga? 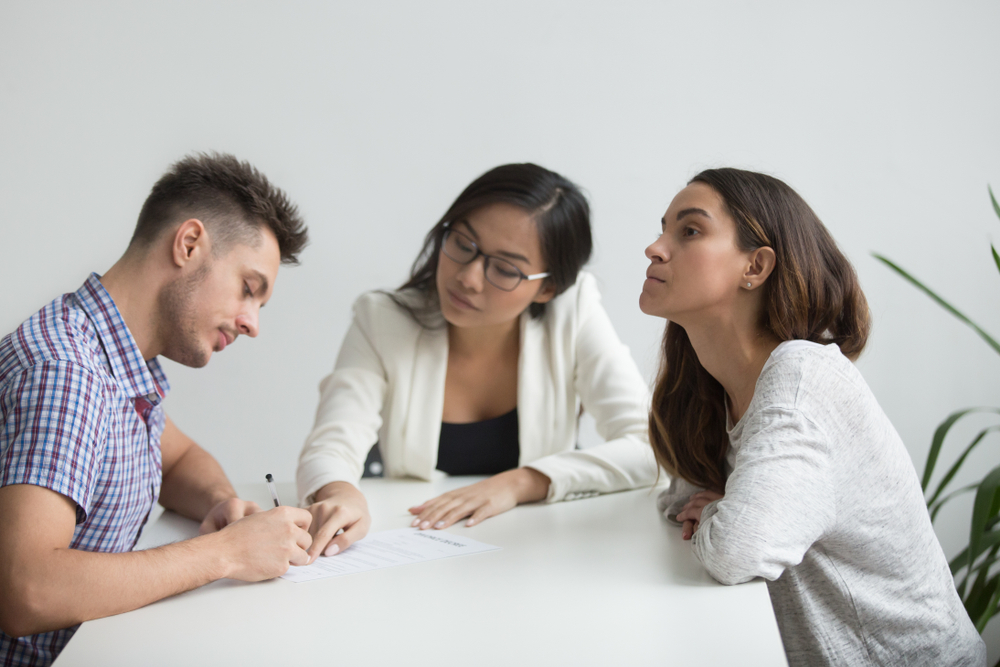 Generally, it would take somewhere around four to six months to finalize the divorce. However, if the couple is going for a contested divorce, it would take much longer. Sometimes up to 36 months!

We are sure that you must be interested in knowing more about the uncontested divorce. In this guide, you will get to know all the details.

How to file for Uncontested Divorce?

Once you file for the uncontested divorce, you have to wait for something called a clearance certificate. This certificate is essential for the process. You shouldn’t mistake this document as proof of judgment for your divorce. The clearance certificate helps to know that both of you haven’t started the divorce proceedings yet. Let us inform you that if you receive this in your mail, don’t think that you are divorced now. It simply means that you have received the clearance, and the registry has permitted the petition for the divorce proceedings.

It will take somewhere around two months to receive the clearance certificate. However, if you haven’t received the clearance even after two months, there could be two possible reasons for it. First, it might mean that either you or your partner have filed for divorce in some other court. In that case, the registrar will let you know where you filed for the divorce first. Secondly, the delay could happen if your name or spouse’s name on the divorce application is different from the marriage certificate.

What’s next in an Uncontested Divorce?

Now, suppose you have the clearance certificate with you, which the Central registry of divorce has issued in Ottawa. In that case, you have to get the service of an application made, which would usually take between one and three weeks for the process server to serve the required documents. Filing the affidavit is also vital to make sure that the other party has been served.

Suppose you are wondering what service of documents or serving your documents is. Let us tell you briefly. So, this means that you have to give the required documents to the person who is part of the court case. Examples of these documents could be bank statements or income tax returns. This is important because it would let the other partner know about the case you are going to file against them and the further steps you will take.

After that, your spouse would have 30 days to respond if they reside in Canada. Relaxation for up to 60 days is given to those people who live in another country. That means you should keep in mind that it will take at least three months before you can send all the matters to the judge. The matter is sent to the judge for the divorce hearing, and then the judge will issue the divorce order for processing. Finally, when the judge issues the divorce order, you would receive a divorce certificate after 30 days, which means that the divorce is final.

How to File for a contested Divorce?

The contested divorce is not simple as some of the matters have not been solved by the couple, so they end up in the contested divorce. It usually happens when the partner has unrealistic expectations. The best way to get around it is to show your partner that they are unrealistic. Most of the time, unrealistic expectations result in a contested divorce. When couples cannot negotiate and settle the matter with each other, they might end up letting the judge in the court settle their divorce for them. This can be time-consuming and costly as well. The best way is to settle your divorce.

On the other hand, it would be best to take help from the divorce lawyer even if you are going ahead with the uncontested divorce in Mississauga as the lawyer is going to help you out with a lot of things and make sure that the whole process is streamlined and done as soon as possible.

Your Case in Oakville Depends on the Best Divorce Lawyer!

Points to Remember to Find a Cheap Divorce Lawyer in Mississauga

Is a Cheap Divorce Lawyer in Mississauga Worthy of Trust?