How to Avoid a Nasty Divorce: Tips from the Pros 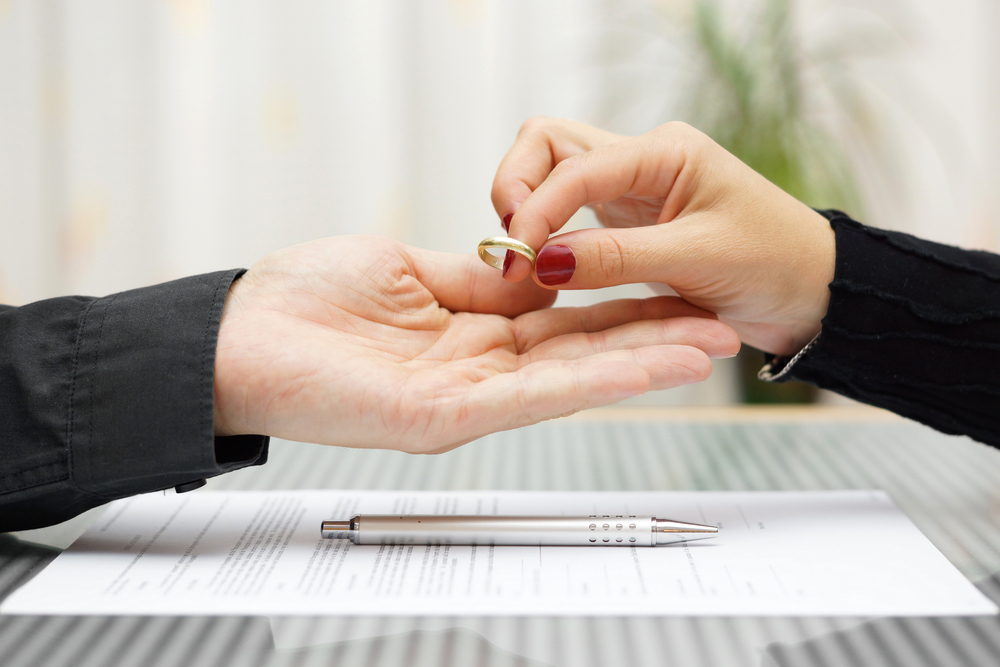 No one goes into a marriage expecting it to end in divorce, but it happens far too often. If you’re worried about your marriage heading down that road, read on for some tips on how to avoid a nasty split. By following these guidelines, you can improve your relationship and increase the chances of having a happy future together.

1. Don’t Keep Secrets From One Another

Secrecy can destroy your relationship. Keeping secrets from one another will only drive a wedge between you both and make it more difficult for your marriage to succeed in the long run. If something important needs discussing, try not to wait until things get out of hand before addressing the issue head-on with honesty and openness.

2. Practice Patience With One Another

Patience is key when it comes to any successful relationship! It’s normal for couples who have been together longer than short-term relationships or marriages to experience some rough patches – these are just part of life! But if they’re handled properly (with love), then everything should work out fine over time as long as both parties involved continue doing what works best for them individually while still maintaining a sense of togetherness where possible.

3. Resolve Conflict in a Productive Manner

Conflict is bound to happen in any relationship, but it’s how you deal with it that counts. Fighting and bickering will only lead to more resentment and anger, eventually leading to an all-out war. If you want your marriage to last, learn how to resolve conflict productively – this means listening to each other without interruption, trying not to raise your voice or get defensive, and taking time to think about what the other person has said before responding.

4. Work on Your Relationship Every Day

Like anything else in life, relationships need maintenance to stay healthy. This doesn’t mean you have to do something big and extravagant every day, but rather make a conscious effort to connect with your spouse on some level. Spend time together talking about your day, go out for dinner or drinks, take a walk around the neighbourhood – anything that allows you two to spend quality time together will help keep your marriage strong.

5. Talk Openly and Honestly WIth One Another

Open and honest communication is important in any relationship, but especially so during a divorce. The more transparent both parties are with each other, the better off everyone will be! Divorce can be stressful enough without having to worry about what your spouse thinks of you because they don’t know how much money they owe or if they’re going through a hard time at work.

For example, Sam was worried that her husband was cheating on her when she discovered messages between him and another woman on their shared computer; however, after talking openly about it by asking questions like “Do we have trust issues?” “What can I do to make this better for us?” She realized there wasn’t any infidelity happening here – just miscommunication due to not being open about their computer use.

If you’re feeling lost and don’t know what to do, it’s best to seek professional help like a therapist or a family lawyer instead of trying to deal with everything on your own. This can be especially helpful if any children are involved in the divorce proceedings. A therapist will be able to guide you through this difficult time while providing support and unbiased advice.

6. Don’t Criticize Your Spouse in Public

Criticizing your spouse in public is one thing that can lead to divorce. When you are angry with them or have an argument, do not accuse and demean each other. This will make matters worse by causing more friction between the two of you – it’s better off keeping these things private so as not to embarrass yourself any further than necessary!

For example, Sam was upset about her husband texting another woman while at dinner together. However, instead of telling him how much this bothered her (which would’ve probably led to a fight), she waited until after he left before saying anything about their relationship status. She didn’t want anyone else hearing what was going on between them.

This one is pretty self-explanatory – if you want to be treated with respect, you need to give it in return. Divorcing your spouse is not easy, but if you can maintain some level of civility and respect towards them, it will make the process a lot easier on both of you. Plus, it never hurts to have someone on your side!

For example: Even though things were rocky between them, Sam always made sure she greeted her husband at the door with a smile and would thank him for doing anything around the house; even if he didn’t do it right, she knew that little bit of kindness would go a long way

8. Spend Time Together As a Couple

It’s easy to get wrapped up in your own life and forget about the person you’re married to, but it’s important to make an effort to spend time together. This doesn’t mean just having sex (although that is nice), but rather doing things that both of you enjoy. Watch a movie, go for a walk, cook dinner together – anything that brings you closer as a couple will help keep your marriage strong during tough times.

For example: Even though they were going through a tough time, Sam and her husband still made sure to go out on at least one date each month; this allowed them not only to catch up on what was going on in their lives but also gave them time alone without any distractions.

9. Don’t Try to Change the Other Person

One of the biggest reasons for divorce is that one or both spouses try to change the other person into who they want them to be. This recipe for disaster will only lead to resentment and arguments. Accept your spouse for who they are, good and bad, and learn to live with their quirks – it’s not worth ending a marriage over something small.

For example: Even though Sam didn’t like how her husband always left his clothes on the floor, she learned to live with it because trying to pick them up constantly would only start an argument; plus, it’s not like he was purposely doing it to spite her.

If you’re considering getting divorced, then make sure you read these tips first. These are just a few tips on avoiding having a nasty divorce. If you’re currently going through a tough time in your marriage, it’s important to seek professional help as soon as possible. A qualified family law attorney can assist you in finding the best solution for your unique situation and work towards preserving your relationship (and possibly even saving your marriage). Contact us today for more information!

How is Family Property Split In a Divorce?

What is Spousal Support in Canada?